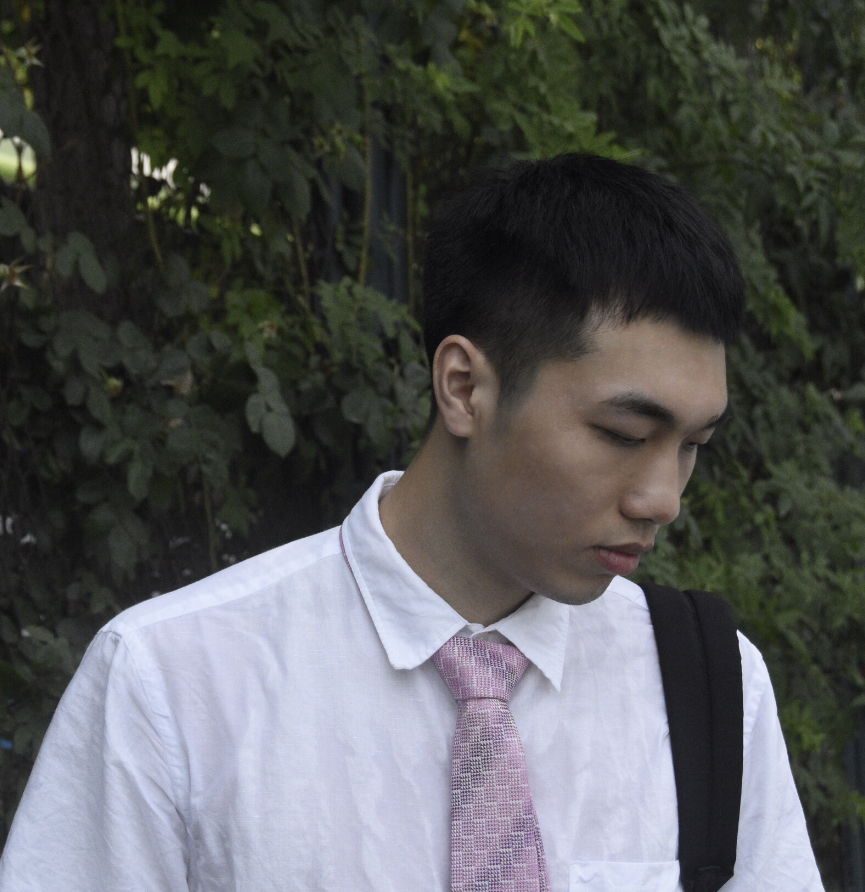 This is one of the data science project from DataCamp which is about the Android Apps dataset. Python codes and relative analysis will be shown in this article.

Mobile apps are everywhere. They are easy to create and can be lucrative. Because of these two factors, more and more apps are being developed. In this notebook, we will do a comprehensive analysis of the Android app market by comparing over ten thousand apps in Google Play across different categories. We’ll look for insights in the data to devise strategies to drive growth and retention.

Let’s take a look at the data, which consists of two files: 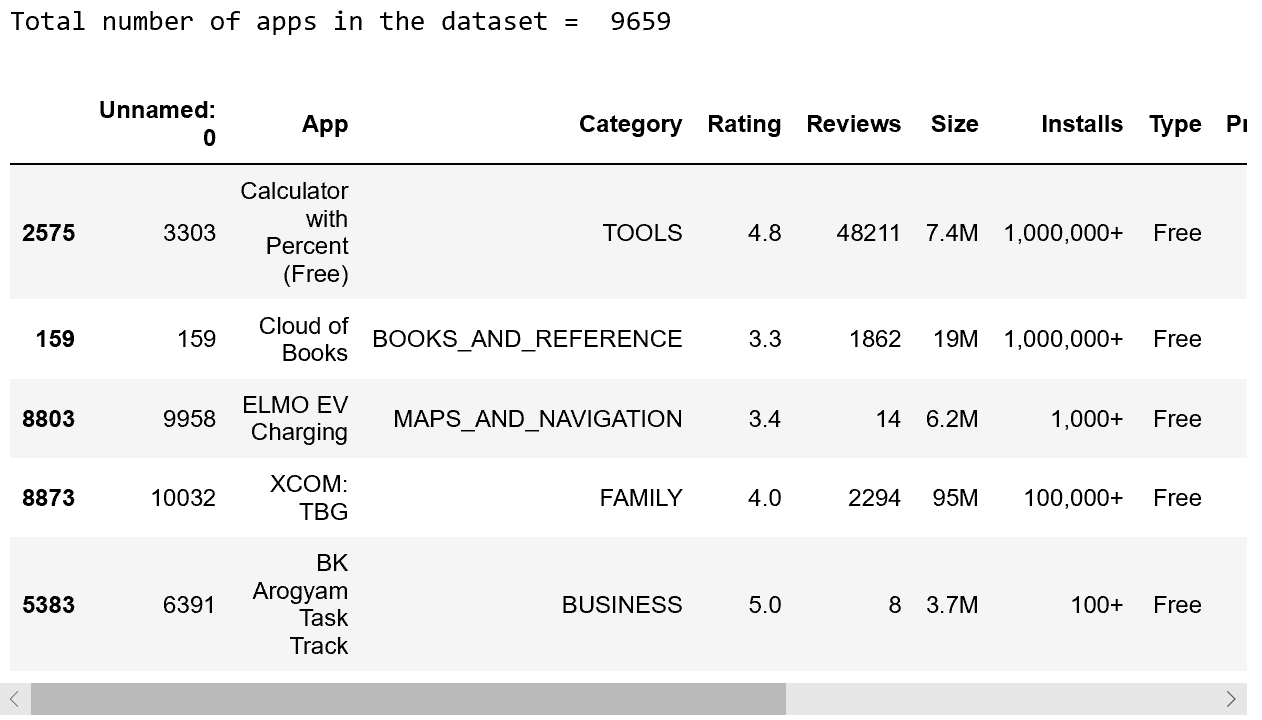 The three features that we will be working with most frequently henceforth are Installs, Size, and Price. A careful glance of the dataset reveals that some of these columns mandate data cleaning in order to be consumed by code we’ll write later. Specifically, the presence of special characters (, $ +) and letters (M k) in the Installs, Size, and Price columns make their conversion to a numerical data type difficult. Let’s clean by removing these and converting each column to a numeric type.

With more than 1 billion active users in 190 countries around the world, Google Play continues to be an important distribution platform to build a global audience. For businesses to get their apps in front of users, it’s important to make them more quickly and easily discoverable on Google Play. To improve the overall search experience, Google has introduced the concept of grouping apps into categories.

This brings us to the following questions:

We will see that there are 33 unique app categories present in our dataset. Family and Game apps have the highest market prevalence. Interestingly, Tools, Business and Medical apps are also at the top. 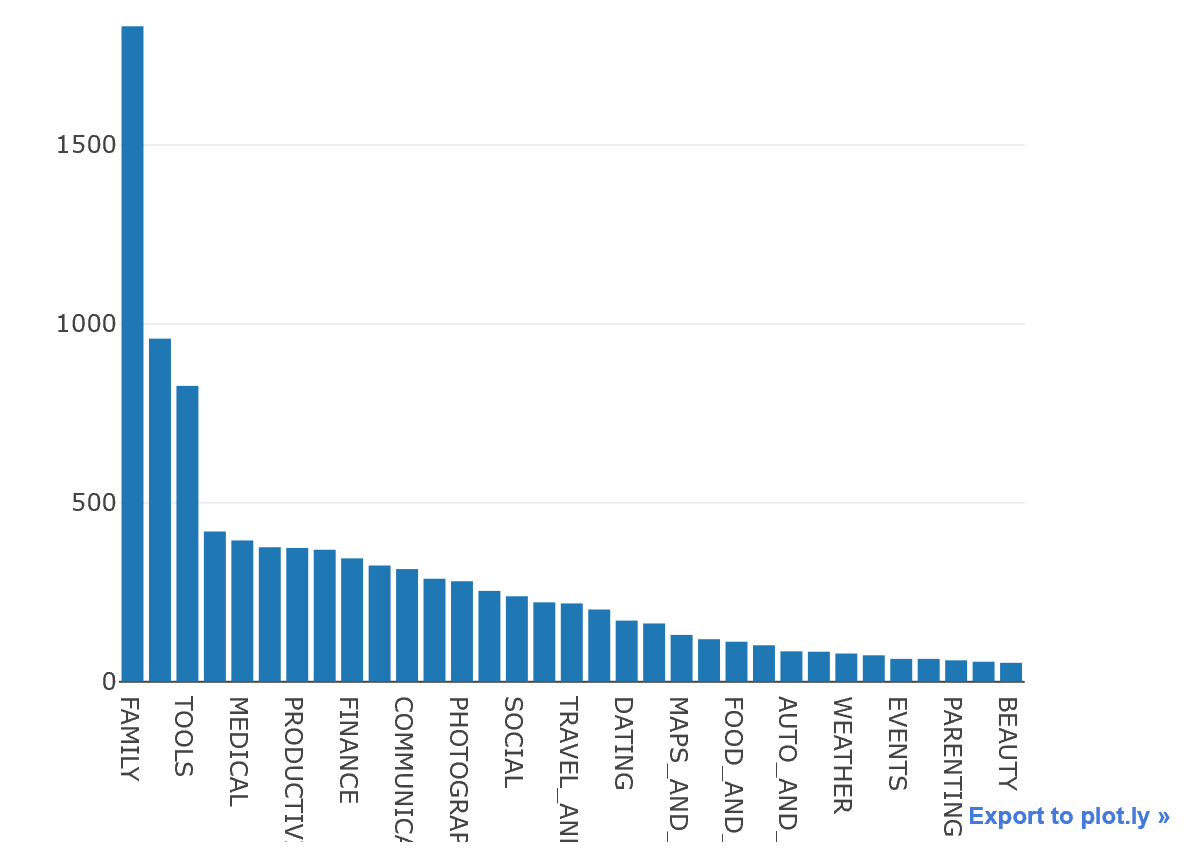 After having witnessed the market share for each category of apps, let’s see how all these apps perform on an average. App ratings (on a scale of 1 to 5) impact the discoverability, conversion of apps as well as the company’s overall brand image. Ratings are a key performance indicator of an app.

From our research, we found that the average volume of ratings across all app categories is 4.17. The histogram plot is skewed to the right indicating that the majority of the apps are highly rated with only a few exceptions in the low-rated apps. 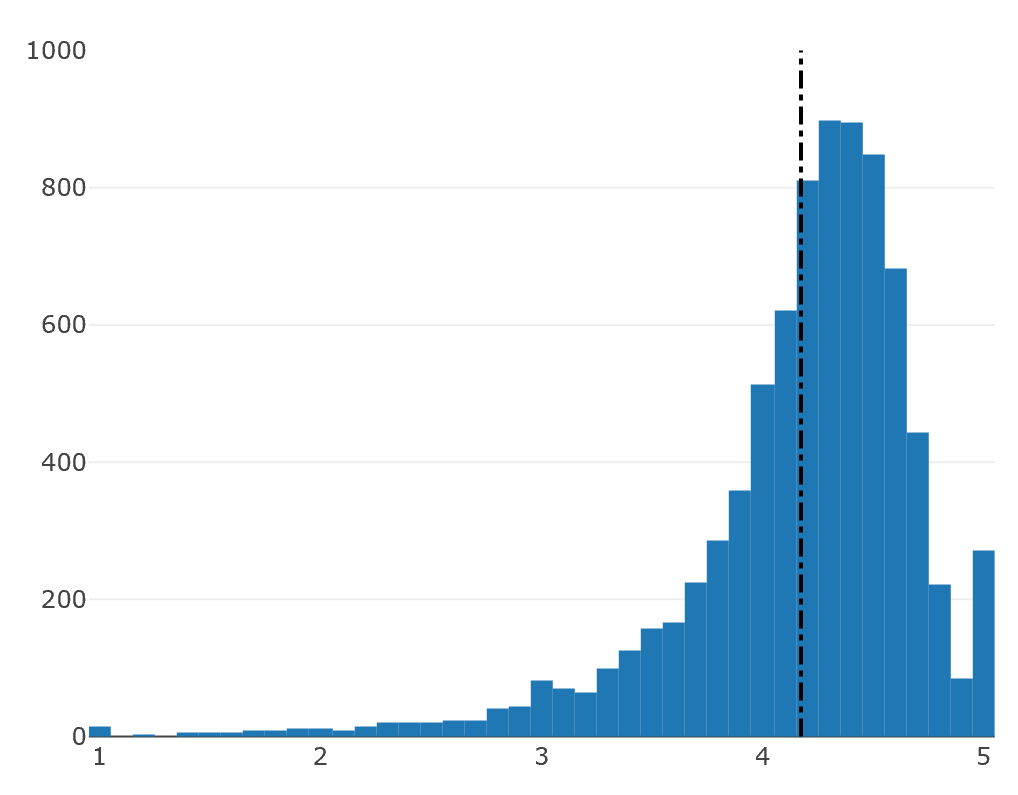 5. Size and price of an app

Let’s now examine app size and app price. For size, if the mobile app is too large, it may be difficult and/or expensive for users to download. Lengthy download times could turn users off before they even experience your mobile app. Plus, each user’s device has a finite amount of disk space. For price, some users expect their apps to be free or inexpensive. These problems compound if the developing world is part of your target market; especially due to internet speeds, earning power and exchange rates.

How can we effectively come up with strategies to size and price our app? 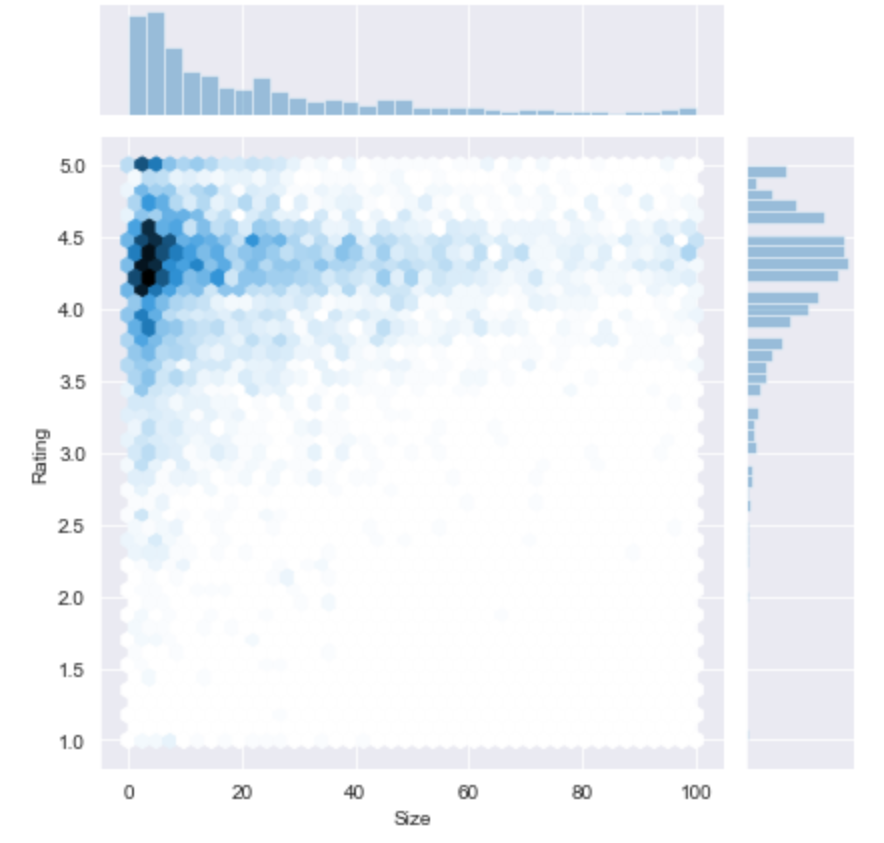 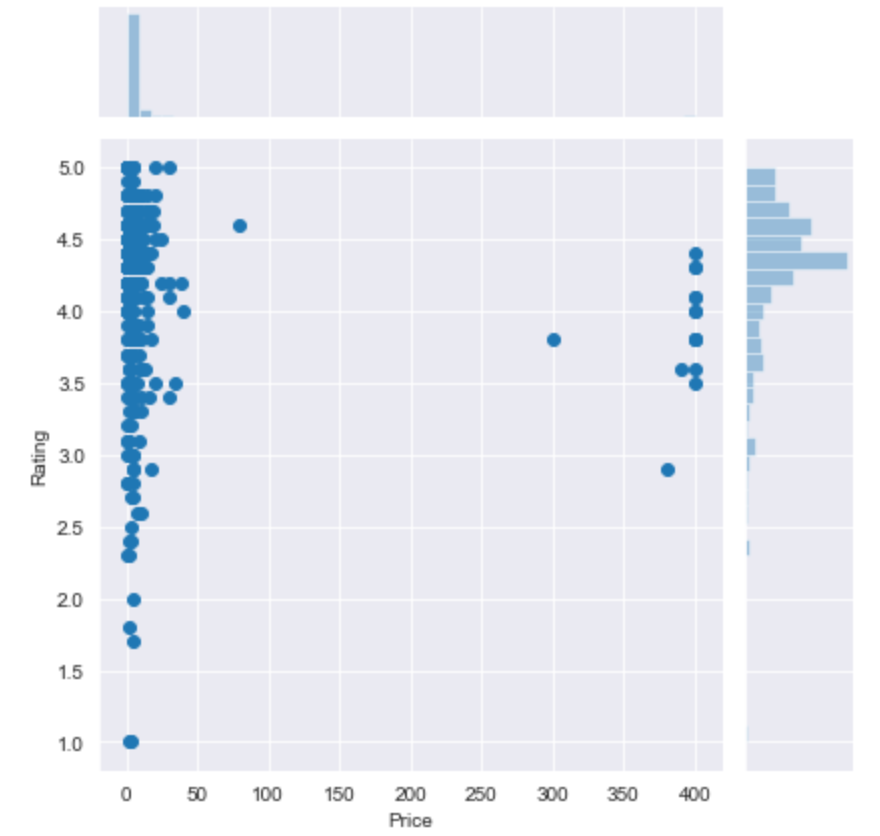 So now comes the hard part. How are companies and developers supposed to make ends meet? What monetization strategies can companies use to maximize profit? The costs of apps are largely based on features, complexity, and platform.

There are many factors to consider when selecting the right pricing strategy for your mobile app. It is important to consider the willingness of your customer to pay for your app. A wrong price could break the deal before the download even happens. Potential customers could be turned off by what they perceive to be a shocking cost, or they might delete an app they’ve downloaded after receiving too many ads or simply not getting their money’s worth.

Different categories demand different price ranges. Some apps that are simple and used daily, like the calculator app, should probably be kept free. However, it would make sense to charge for a highly-specialized medical app that diagnoses diabetic patients. Below, we see that Medical and Family apps are the most expensive. Some medical apps extend even up to $80! All game apps are reasonably priced below $20. 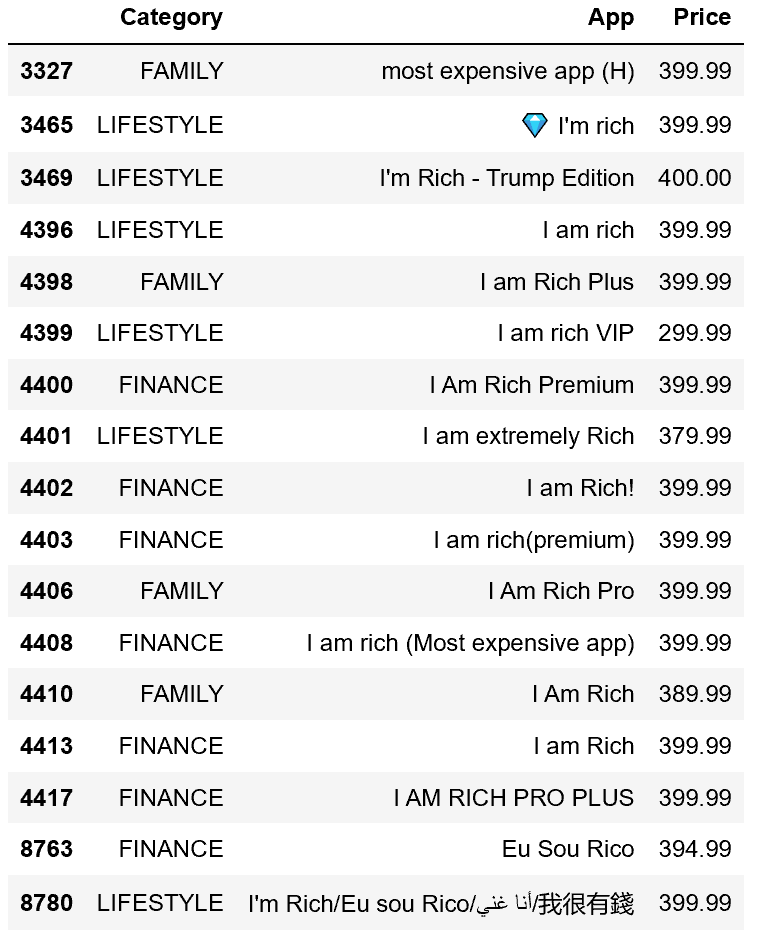 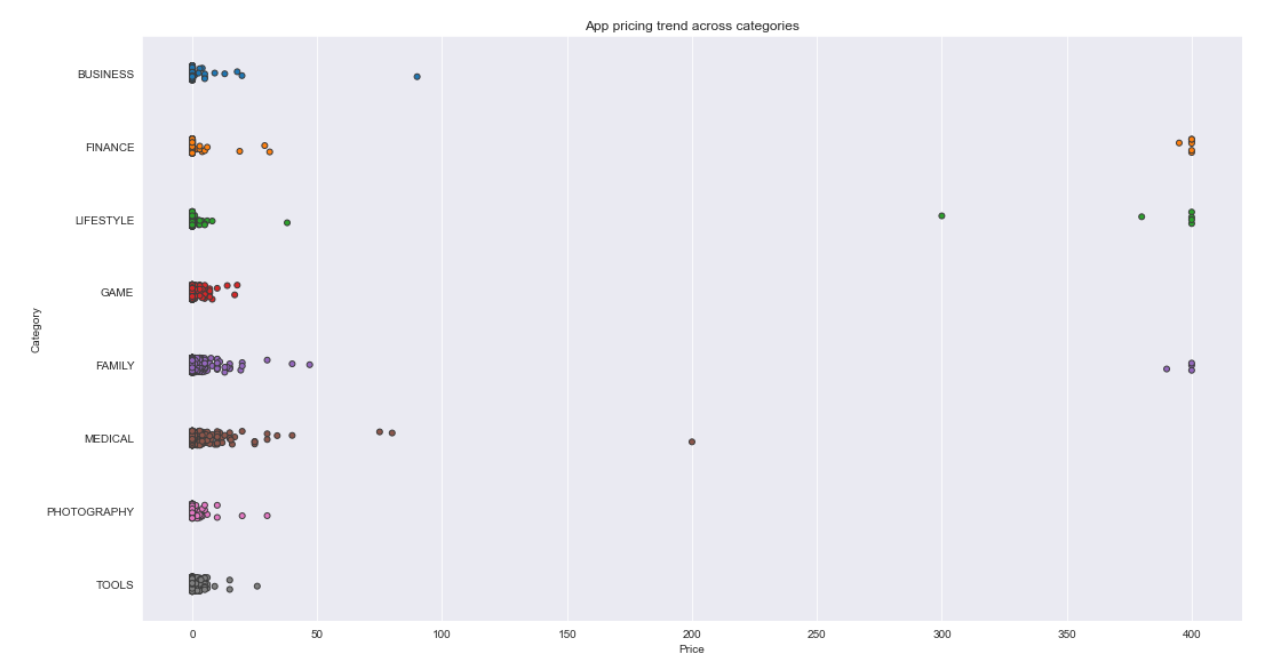 It looks like a bunch of the really expensive apps are “junk” apps. That is, apps that don’t really have a purpose. Some app developer may create an app called I Am Rich Premium or most expensive app (H) just for a joke or to test their app development skills. Some developers even do this with malicious intent and try to make money by hoping people accidentally click purchase on their app in the store.

Let’s filter out these junk apps and re-do our visualization. The distribution of apps under $20 becomes clearer. 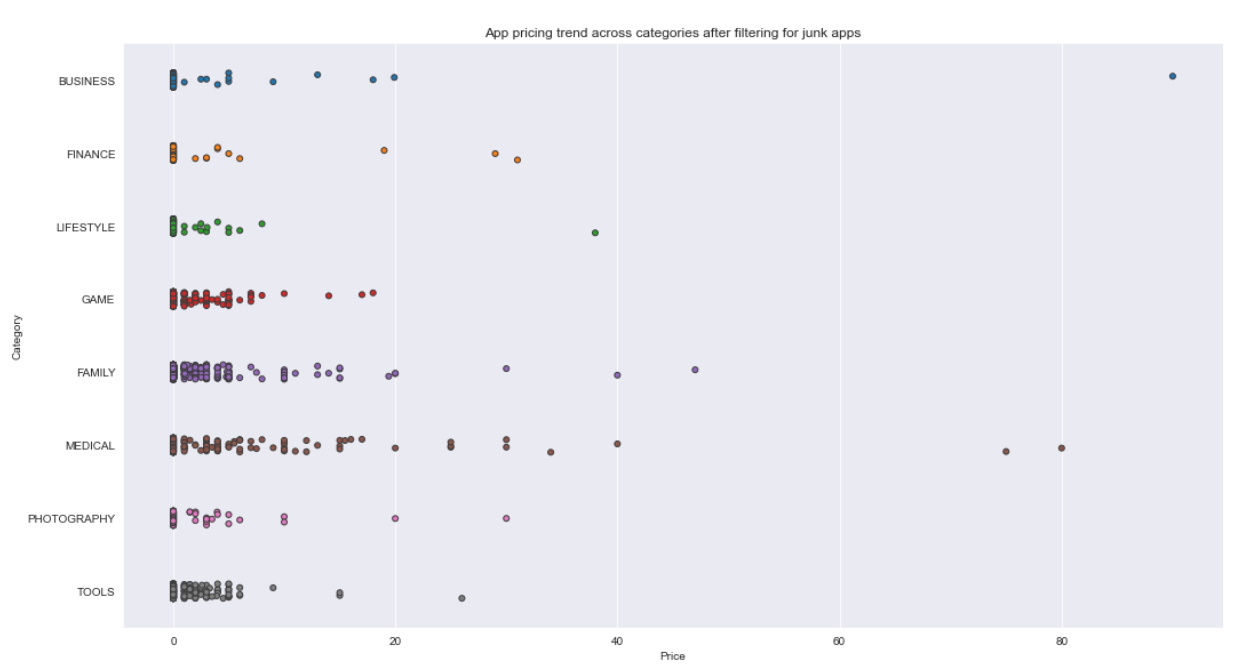 For apps in the Play Store today, there are five types of pricing strategies: free, freemium, paid, paymium, and subscription. Let’s focus on free and paid apps only. Some characteristics of free apps are:

Some characteristics of paid apps are:

Are paid apps installed as much as free apps? It turns out that paid apps have a relatively lower number of installs than free apps, though the difference is not as stark as I would have expected! 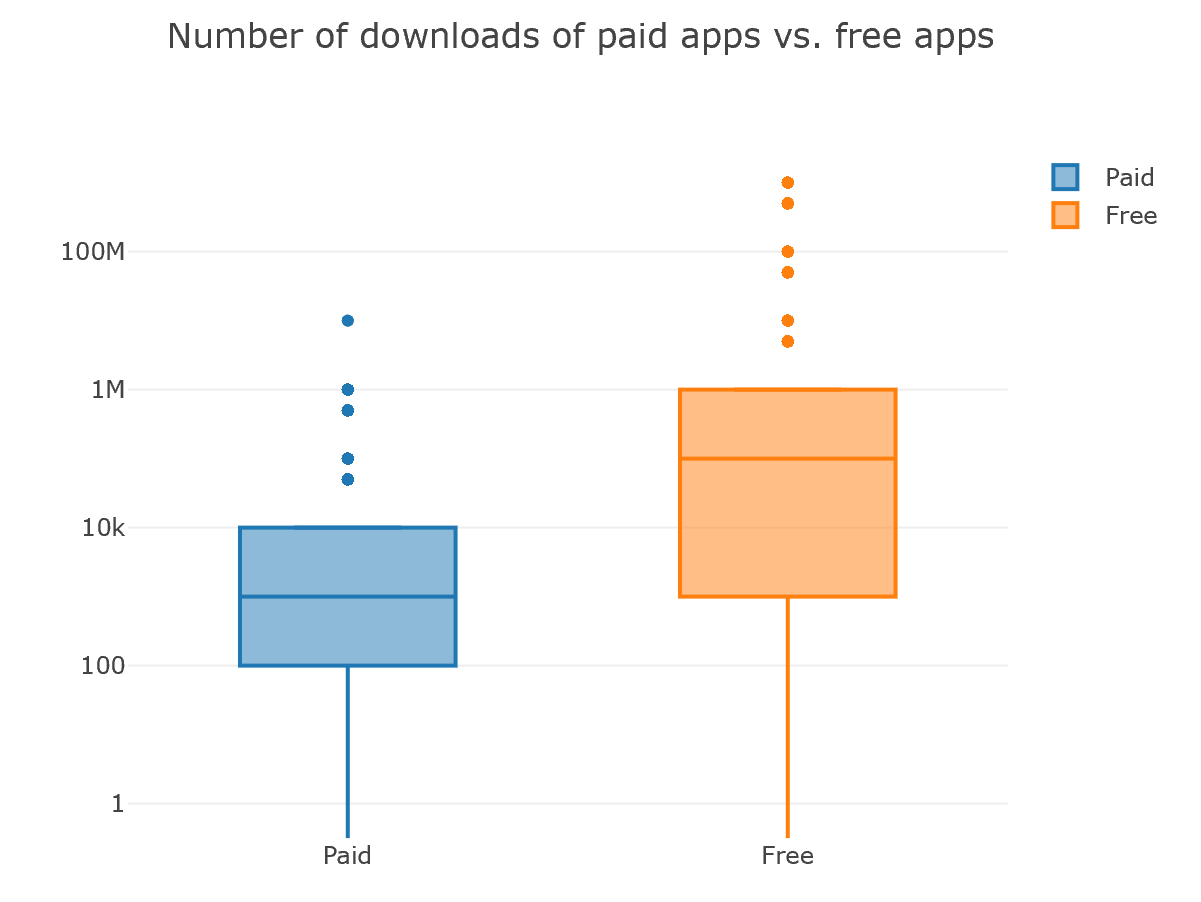 Mining user review data to determine how people feel about your product, brand, or service can be done using a technique called sentiment analysis. User reviews for apps can be analyzed to identify if the mood is positive, negative or neutral about that app. For example, positive words in an app review might include words such as ‘amazing’, ‘friendly’, ‘good’, ‘great’, and ‘love’. Negative words might be words like ‘malware’, ‘hate’, ‘problem’, ‘refund’, and ‘incompetent’.

In this notebook, we analyzed over ten thousand apps from the Google Play Store. We can use our findings to inform our decisions should we ever wish to create an app ourselves. 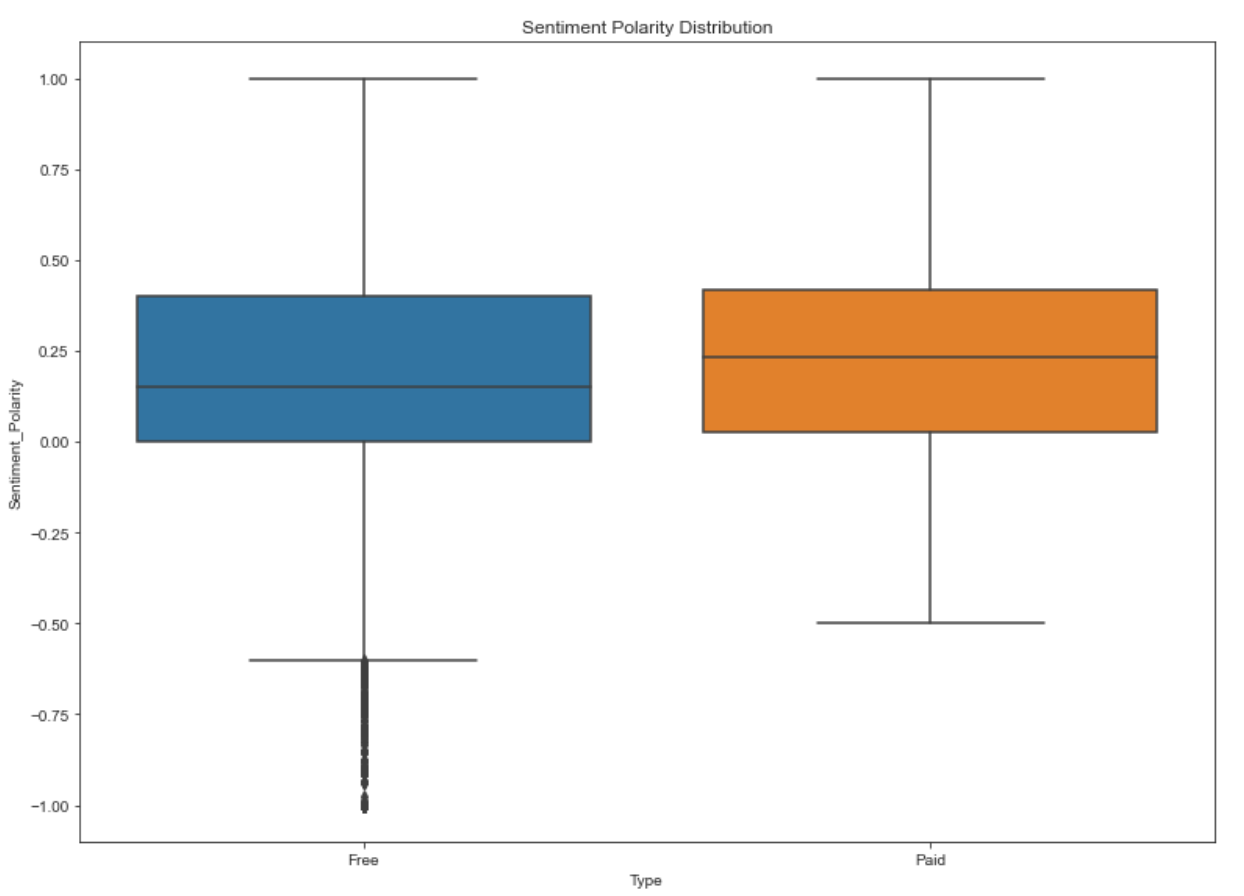